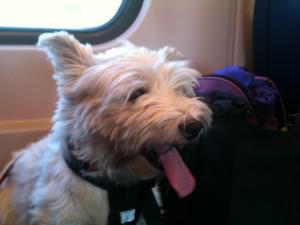 Nano doesn't know what to think of it.

I wonder how long it will take before she tries to steal it.

It didn't take me very long to figure out how to set my own image as bootlogo on the ereader. 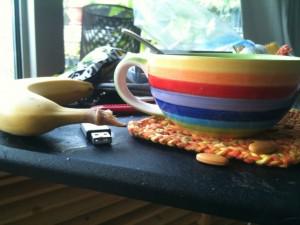 One banana, two pills and a nice cup of tea with milk and sugar. 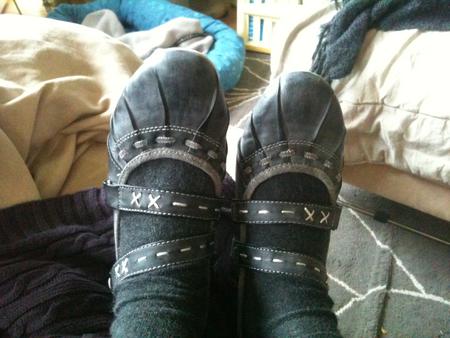 I needed new shoes. I don't own many so when I say 'need', I do mean need.

I had proper bad weather shoes and a pair of awesome teva sandals that I loved wearing during warm weather. The sandals had one big issue: my insoles don't fit. I have special insoles, specifically made for my weird feet to help prevent pains. The few times I wore my sandals this year I ended up with hurting feet -- even after only two hours. So I went on a mission to get other summer-y shoes. These will fit my insoles, didn't cost a fortune and I like them because they look a little weird.

Also, they look great for drawing. 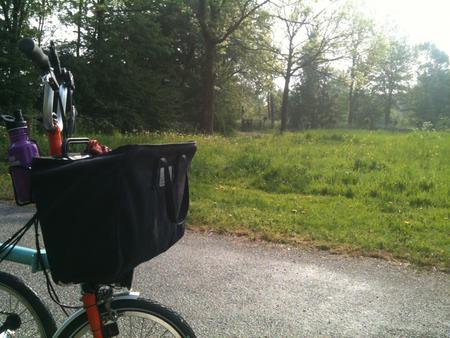 I keep forgetting to take my hayfever medication before we go out. 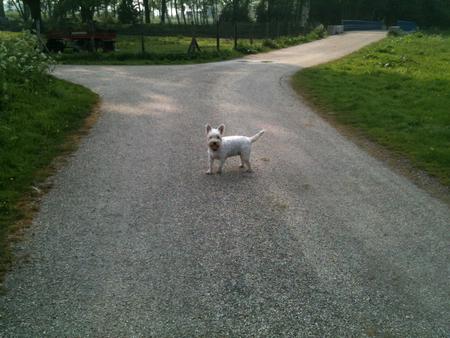 My camera has started to break down. I currently have a Canon Powershot A620 and it served me well for nearly four years. Currently, the memory-card bit doesn't work properly. The card doesn't click in and if I take it out the camera doesn't recognise the card half the time I put it back. I've dug up the cable and now get the photos from the camera by the cable (a nuisance).

I looked into other cameras and now have my eye on the Canon Powershot SX20 IS. I like Canon, and have had a few in the past and like the menu and the way it works. This model seemed a good step up from the A620 but not yet as massive as a DSLR. I don't have anything with DSLRs in general. And knowing me I'll get sand on the sensor on the first day and ruin the camera because it scratches.

I won't buy it just yet, probably in June.