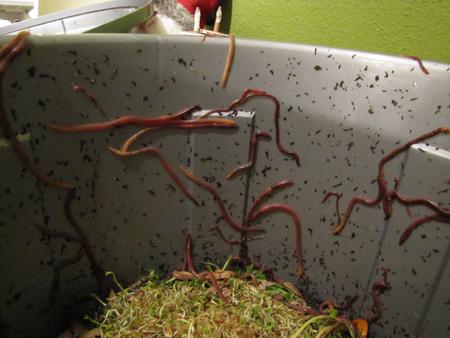 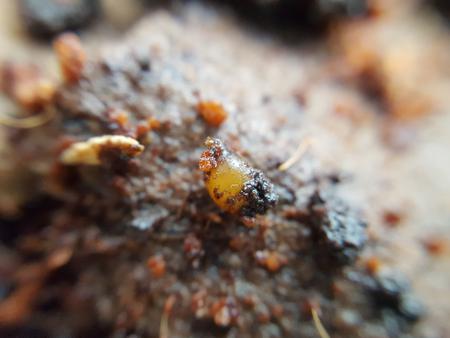 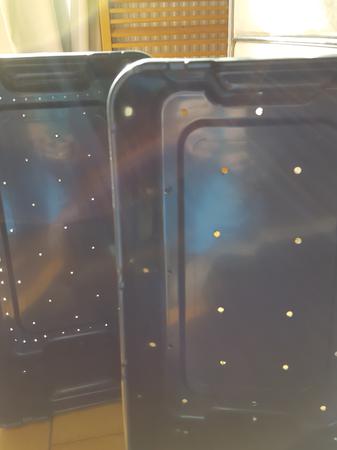 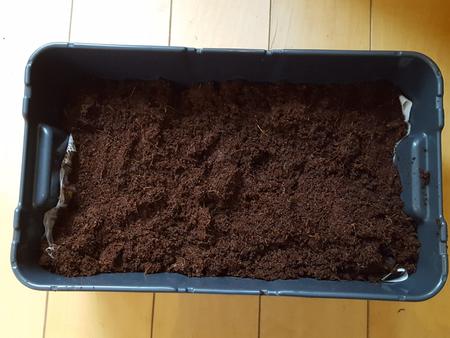 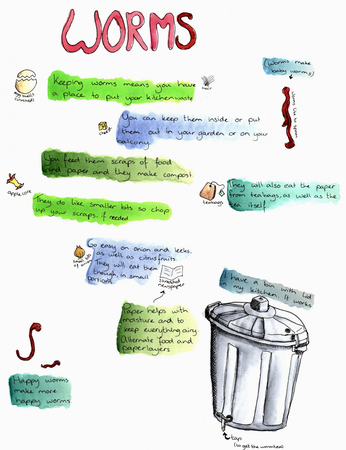 Last week my new worm-bin arrived. Even though you can easily make them yourself, I decided to go for a prepared bin because I don't have that much excess energy.

I set it up according to the instructions and held a few of the worms. They haven't grown to their full size yet, I think, measuring only 5-8cm roughly (2 to 3 inches). They wriggle a lot and I fed them some cabbage and teabags.

I've only had them for a week so I don't know how it will go. I do like them though, always wanted a worm-bin as a kid. I remember this time my mother and I got up really early to look for them and to dig them up. She let me do crazy things like that ;)

I made a page about the worms with some freehand drawings and the actual bin. The bin drawing ended up a bit wonky due to the tendinitis in my neck and me shifting position. Close enough though.