On September 8, 2014 I went to make myself some tea and while pouring the steaming hot water in a cup, the lid fell off the kettle and released a cloud off steam. My fingers – holding the handle – got the biggest blow. I immediately released the kettle – or rather, I threw it, onto my kitchen scale which promptly broke. After cooling the hand for an hour it still caused a lot of pain. At this point I decided that a visit to the GP sounded really good.

My doctor took one look at my hand and said “Ok, let’s wrap that up and I’ll give you some morphine.” She used some kind of cream that helped with the pain and cooling, and then wrapped up my fingers separately, then the hand. The pills helped a lot with the pain.

Initially, I didn’t get any blisters, which sounded really good. On day 3 and 4, however, they started to appear on three fingers. I visited the GP office nearly every day for the rest of the week to have the fingers checked, just in case. It went pretty well, after the blisters decreased in size, and on Saturday I took the last painkiller. On Monday I went back for a last checkup, and could stop using the cream and bandages.

On Thursday the skin broke and started scraping off. It looked more uncomfortable and painful than it felt. Thoroughly impressed by the healing powers of my fingers. 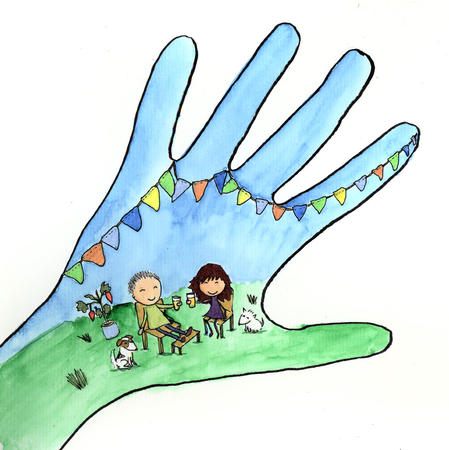 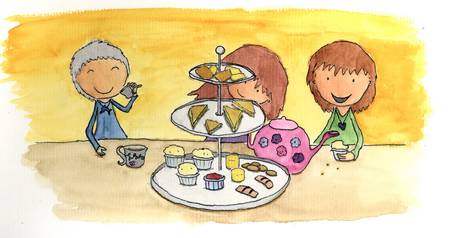 This week I made two drawings for two family-related projects. I don't think any of my family reads my site anyway, so I'll post them here tonight (they'll see them tomorrow)

I've started to get the hang of colouring the background before the foreground. Usually I want to jump right ahead to the fun parts in the foreground, colour those and make them look nice.