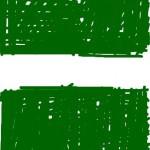 Unfortunately, I had to continue my iPhone saga. The iPhone I received worked but showed some issues. It took a while before I figured out what exactly, but it turned out that randomly, the middle part of the screen would stop responding to touch. Sometimes it would work, sometimes it wouldn't (as shown on the picture). Sometimes the entire screen would stop responding, which I could usually solve by pressing that top-button to lock it and then unlock it.

I returned it today and expect it (or another one) back in a week or two. In general I've had no issues with the process, just too bad I got a bad phone in return. When I pick it up, I'll make sure to test it before taking it home though :)